To share your memory on the wall of Aishus Watts, sign in using one of the following options:

He was a graduate of the Iredell County Schools and prior to his retirement he was employed as a Machine Operator at Mack Molding. He was a member of Logan Presbyterian Church, where he served on the Usher Board.

He was preceded in death by a brother, Clabourn Watts and sisters, Mary L. Watts, Tiny McClelland and June Watts.

To send flowers to the family or plant a tree in memory of Aishus Avon Watts Jr., please visit our Heartfelt Sympathies Store.

Receive notifications about information and event scheduling for Aishus

We encourage you to share your most beloved memories of Aishus here, so that the family and other loved ones can always see it. You can upload cherished photographs, or share your favorite stories, and can even comment on those shared by others.

Posted Dec 13, 2020 at 12:31pm
Mr. Watts, there's so much to say. First off, I miss you my Friend. If I've never been able to call anyone a true friend, I certainly had one in you. You're passing has left a lot of emptiness and sadness but your lively, loving Spirit will forever be remembered. You helped my children and I understand God's Word and His Requirements. Today, I'm at Peace with your Passing because you made it very clear, on many occasions, that when your Heavenly Father is ready for you to come home, you'll be ready♥️ I salute to you, Mr. Watts, for a job well done! Thank you for always delivering God's message. Until we meet again my Friend, Rest In Paradise ♥️🙏🏽 We love you!
Comment Share
Share via:
CJ

Posted Dec 13, 2020 at 08:32am
We, at Mack, loved Aishus. He was a valued employee. But beyond this, he was a very caring person. He always had a smile and a song to share. He was a friend to his co-workers and continued these friendships after he retired. He would call his co-workers to just check in . He will be truly missed. May God bless his family.
Comment Share
Share via:
SS

Posted Dec 11, 2020 at 07:16pm
Rest in Heaven Aishus. Condolences to your family. We remember your gracious and thoughtful nature. You will remain in our hearts for your kindness.
Comment Share
Share via: 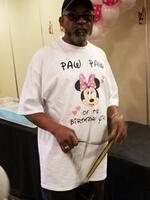 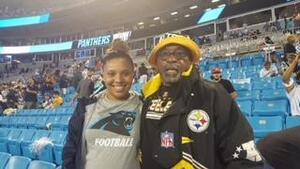 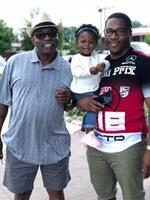