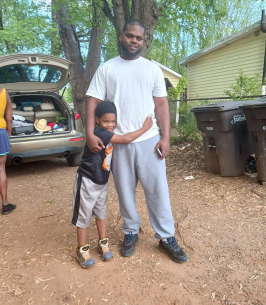 A smile for all, a heart of gold, one of the finest this world could hold
Never selfish, always kind, these are the memories he leaves behind…

Alvertis James Hughes, 25, left us unexpectedly on June 18, 2022, with his family by his side at Baptist Hospital in Winston Salem, North Carolina.

He was affectionately known by family and friends as “AJ”. AJ was born on May 4, 1997, in Harrisburg, PA to Alisa Ann Hughes of Statesville, NC and Jerry Arnold Garner of Harrisburg, PA.

AJ enjoyed the outdoors, dirt bikes, four wheelers, and dogs. He was a kind and gentle soul with nothing but kindness and a giving spirit. AJ would do whatever he could to help anyone. AJ always had a hug, a smile, and a “I Love You” at all times.

He was preceded in death by his uncle, James “Jimmy” Hughes of Harrisburg, PA; and his aunt, Portea Long of Statesville, NC.

Visit the book of memories for Alvertis James Hughes at www.rutledgeandbigham.com. Rutledge and Bigham is serving the Hughes family.