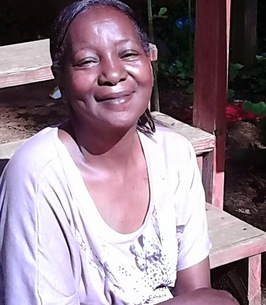 Psalm9:9-10 " The Lord is a refuge for the oppressed, a stronghold in times of trouble; those who know your name trust in you, for you ,Lord, have never forsaken those who seek you."

Cathy Holland, 61, passed away on January 23, 2022, at Gordon Hospice House, Statesville, N.C. She was born in Iredell County on May 2, 1960, and was the daughter of the late David Wilson and Margaret Leach Wilson.
She attended Statesville City Schools and worked at the Iredell Statesville Schools as a Child Nutritionist.
She leaves to cherish the memory of her life, two sons, Joseph Ervin (La-Kebra) Wilson of Atlanta, Georgia and Cedric Montel (Yolanda) Wilson of Mooresville; one daughter, Crystal Michelle (Detrick) Dulin of Statesville; one brother, James (Susan) Wilson of Statesville; two sisters, Shirley (Billy) Carpenter and Eva (Fred) Cuthbertson.


A Celebration of Life Service is planned for May of this year. Rutledge and Bigham is serving the Holland family.