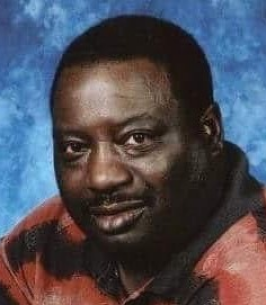 Mr. Charles William Blackwell, Sr., son of Mrs. Brenda Blackwell Nixon and the late Phillip Darty, was born in Iredell County on February 13, 1957. He departed this life on Thursday, January 13, 2022, at Iredell Memorial Hospital, unexpectedly. He was raised by his step father, Joseph E. Nixon, who preceded him in death.

"Boosie", as he was affectionately called, was a graduate of Statesville High School, attended Elon College and at a early age was a member of Bethel Congregational United Church of Christ. He was once married to Sonia McGee Blackwell.


In addition to his mother, Brenda Blackwell Nixon, he leaves to cherish the memory of his life, his children: Charles (Joe) Blackwell, Jr. and Amanda Wilson, both of Statesville; his step-daughter: LaToya McGee of Raleigh; his brothers, Danny Blackwell of Miami, FL and Markus (Natasha) Nixon of Statesville; his sisters: Janice "Boo" Daniels of Statesville, Alfreda Dunlap of Greensboro, and Angie Caldwell Ray of Wilmington, Delaware; his grandchildren, Malik Blackwell, Daniel Miller, Jr., Savonnah Camp, Alivia Caldwell, and Amarion Blackwell; his aunts: Phyllis (Joe) Johnson and Deborah Blackwell both of Statesville, NC; his uncles: Robert Blackwell of Kings, NC and Todd Blackwell of Winston-Salem, NC; and a host of nieces, nephews, cousins, other relatives, and friends.

Celebration of Life Services will be conducted Saturday, January 22, 2022, at 2:30 p.m. at Rutledge and Bigham Funeral Home. Reverend James Williams will officiate and burial will follow in the Belmont Cemetery.
Mr. Blackwell will remain at Rutledge and Bigham Funeral Home where members of the family will receive friends from 1:30 p.m. until 2:30 p.m., but will assemble at the residence of his mother, Brenda B. Nixon, Green Street, Statesville, N. C.

Visit the Book of Memories for Mr. Blackwell at www.rutledgeandbigham.com. Rutledge and Bigham Funeral Home is serving the Blackwell Family.