To share your memory on the wall of Charles Luckey, sign in using one of the following options:

Print
A smile for all, a heart of gold,
one of the finest this world could hold
Never selfish, always kind
These are the memories he leaves behind…

Sgt. Charles Anthony Luckey, of 334 Talley Street, Troutman, died Monday, A... Read More
A smile for all, a heart of gold,
one of the finest this world could hold
Never selfish, always kind
These are the memories he leaves behind…

Sgt. Charles Anthony Luckey, of 334 Talley Street, Troutman, died Monday, August 31, 2020, at his home suddenly. He was born in Iredell County on March 20, 1952, and was the son of the late Roger Holmes and Annie Faye Witt. He was married to Johnsie L. Gibbs Luckey, who preceded him in death. In addition to his wife, he was also preceded in death by his adopted parents, James and Lorene Luckey, a sister, Versie Wellman, one brother, Leonarda Morrison and an uncle, Elder Robert Witt.
He was a 1970 graduate of South Iredell High School and at the time of his death was a member of Shiloh AME Zion Church in Statesville. At an early age, he was a member of Zion Welsey AME Zion Church in Troutman, served with the United States Army and was honorably discharged. He also served in the Army Reserve. He was employed by the Iredell County Sherriff’s Department until he retired.
He leaves to cherish the memory of his life his daughter, Sonya Luckey of Troutman; a grandson, Adarius Luckey of Troutman; two granddaughters, Melia Luckey of Troutman and Adara Luckey of the home; two great grandchildren, Christian Isaiah Luckey and Adriana Lyvon Luckey, both of Troutman; his special friend, Sadie White King of Statesville; his siblings, Stephen Howard of Winston-Salem, Katrina Howard of Harrisburg, Pa., Carolyn Skinner of Virgina, Julia Ann Holmes of of Atlanta, Georgia, Gregory (Lisa) Howard of Charlotte, Rogert Holmes, Jr., Eric Holmes, and Jimmy Holmes, all of Statesville; a special niece, Stephanie Reid; a host of in-laws, nieces and nephews. other relatives, church family and friends.
Memory has a beautiful way of keeping our loved ones near,
Ever close in our hearts and minds are the ones we hold most dear.

Visit the Book of Memories for SGT. Luckey at www.rutledeandbigham.com

There will be NO PUBLIC VISITATION (WAKE), unfortunately, with the COVID-19 Virus. We, at Rutledge and Bigham Funeral Home, along with other funeral homes across the country, have been issued a mandate to limit the number of family and/or friends at funeral services. YOU CAN ONLY ENTER THE FUNERAL WITH A FUNERAL PASS WHICH WILL BE GIVEN TO THE FAMILY.
Read Less

To send flowers to the family or plant a tree in memory of Charles Anthony Luckey, please visit our Heartfelt Sympathies Store.

Receive notifications about information and event scheduling for Charles

We encourage you to share your most beloved memories of Charles here, so that the family and other loved ones can always see it. You can upload cherished photographs, or share your favorite stories, and can even comment on those shared by others.

Posted Sep 04, 2020 at 10:51pm
I am so sorry to hear of Anthony's passing. I ran track with him at South Iredell and have thought of him many times since then. He was such a nice guy and a generous friend. I was honored to have known him. Rest in Peace.
Rudee Boan
Comment Share
Share via:
SP

Posted Sep 04, 2020 at 01:46pm
Very sorry to hear of Tony's passing, we were in high scholl together and also the track team at South Iredell. We always pushed each other to be better, Tony was a good friend and always with a smile. He will be missed. May God bless and keep his family especially during this difficult time.

Posted Sep 04, 2020 at 11:34am
I served with Drill Sgt. Luckey in the US Army Reserves. He was an outstanding Drill Sgt. and very nice friend to have.
He always had something funny to tell you. So sorry to hear of his passing at still an early age.

Posted Sep 03, 2020 at 09:15pm
To the family of Mr. Charles Luckey, I am so very sorry for your loss!! May God be with you all in this most difficult time and need!! I had the pleasure of working with Luckey at the Iredell County Detention center many moons ago. He was a wonderful man and will be greatly missed!!!

Sergeant Lucky, Great Friend. We were in the Reserve unit also,but before that he was my rotc instructor,Before i went off to Boot camp/ he was always Nice & Respectable. Loved him Great Friend indeed.To the Family We Lost a Great one( signed William Reid) 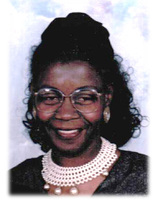 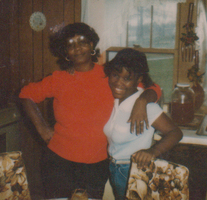