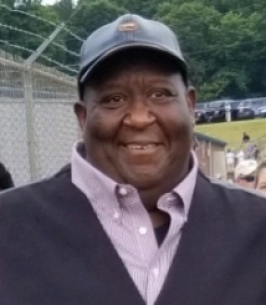 Psalm 9:9-10 " The Lord is a refuge for the oppressed, a stronghold in times of trouble, Those who know your name trust in you, for you, Lord, have never forsaken those who seek you.


Daven Labron Allison, given the nickname Spanky by his grandfather, Zeb Allison, was born February 27, 1973 to the late Frances Ann Allison. Due to the effects of COVID, he departed this life on February 14, 2022 at Iredell Memorial Hospital.

In addition to his mother, he was preceded in death by his maternal grandparents George Zebedee and Aurelia Marie “Irene” Colbert Allison, paternal grandparents Mack and Fannie Louise Gray James, his baby, Nia S’amone Wasson, and a host of other relatives and close friends.

He graduated from West Iredell High School and was employed by Freightliner prior to his health deteriorating. He was adamant about returning to work. He also had his own business, FA Toyz, as he loved working on anything with an engine. He loved to drag race and was good at it, as he won several races and has trophies to show for it. As a child, he attended both Chestnut Grove Baptist Church and Piney Grove AME Zion Church, with his mother and grandparents. He loved to travel and he most definitely loved to tell stories and laugh.

Celebration of Life Services will be conducted Saturday, February 19, 2022, at 1:30 p.m. at Christian Outreach of the Piedmont. Mr. Allison will remain at Rutledge and Bigham Funeral Home until taken to the church to lie in state at 12:30 p.m. Members of the family will receive friends at the church from 1:00 p.m. until 1:30 p.m., but will assemble at the residence of Tracy Wasson, 812 Enwood Court, Statesville, at other times.

Visit the Book of Memories for Mr. Allison at www.rutledgeandbigham.com. Rutledge and Bigham Funeral Home is serving the family of Mr. Deven Labron Allison.