To share your memory on the wall of Edna Hall, sign in using one of the following options:

To send flowers to the family or plant a tree in memory of Edna Hall (Sharpe), please visit our Heartfelt Sympathies Store.

Receive notifications about information and event scheduling for Edna

We encourage you to share your most beloved memories of Edna here, so that the family and other loved ones can always see it. You can upload cherished photographs, or share your favorite stories, and can even comment on those shared by others.

Posted Dec 07, 2020 at 09:44am
The Marvin Norman family sends its deepest condolences upon the the loss of Mrs. Edna Hall. Praying for Good to continue to give you strength and comfort during this time.
Comment Share
Share via:
RT

Posted Dec 06, 2020 at 05:56pm
To the Hall family. On behalf of the Turner family, I'm sending my deepest and most heart felt condolences to Chris, Deborah and the entire family. It has been many years since I had seen Mrs. Hall, However; when you grew up in such a small town as Statesville, you remember the families with whom you associated with. I'm sending this note with much love from Northern Virginia, just outside of Washington, D. C. Reganold, W. Turner and Family, and the local Turner family.
Comment Share
Share via: 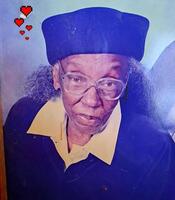