To share your memory on the wall of Edward Holbrook, sign in using one of the following options:

He attended Statesville High School and was a Dallas Cowboy Fan and was a maintenance worker.

Celebration of Life Services will be conducted Thursday, April 15, 2021, at 11:00 a.m. in the Belmont Cemetery. Pastor Ron Carson will officiate.

Visit the Book of Memories for Mr. Holbrook at www.rutledgeandbigham.com. Rutledge and Bigham Funeral Home is serving the Holbrook Family.

To send flowers to the family or plant a tree in memory of Edward Lee Holbrook Jr., please visit our Heartfelt Sympathies Store.

Receive notifications about information and event scheduling for Edward

We encourage you to share your most beloved memories of Edward here, so that the family and other loved ones can always see it. You can upload cherished photographs, or share your favorite stories, and can even comment on those shared by others.

Elisha Kirby, Northview IB School, and other have sent flowers to the family of Edward Lee Holbrook Jr.
Show you care by sending flowers

Posted Apr 14, 2021 at 11:17pm
Will miss that smile that he always had. Ed was a good friend and classmate. To his wife and family you have my sympathy and prayers. ❤️
Comment Share
Share via:
EK

All my Love - Susan

All my Love - Susan purchased flowers for the family of Edward Holbrook. Send Flowers 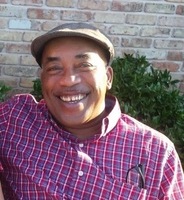