To share your memory on the wall of Garneill Mozer, sign in using one of the following options:

Garneill attended Alan D. Rutherford Elementary School. He played little league and ran track, and shared fond memories of his grandmother cheering him on from the stands. He graduated from Statesville Senior High School in 1995 and moved to Atlanta to attend the Art Institute of Atlanta. He later took business courses at Georgia Perimeter College. With a combination of natural talent and formal instruction, Garneill became a skilled graphic designer and visual artist. He was employed by a national printing company and a real estate magazine publishing company, and worked part-time as an art instructor at the Boys and Girls Club. As a freelance graphic designer, Garneill interacted with up and coming musicians and other artists in Atlanta's culture and entertainment community. Since moving back to North Carolina, he continued to hone his craft while pursuing other entrepreneurial efforts and hobbies. He was an avid gardener and dog trainer, and recently started a food truck business. Garneill was equal parts old soul and kid at heart. He had a sharp wit and a great sense of humor. He loved being among family and friends, and never met a stranger.

A memorial service will be held at 2:00 p.m. Sunday, June 13th, 2021 at Calvary Presbyterian Church, 500 South Green Street, in Statesville, NC. The family will receive friends after the service.

The family is asking not to send flowers but to donate to the Garneill Mozer Memorial Fund to assist children's financial needs at the link below.

To send flowers to the family or plant a tree in memory of Garneill Savalas Mozer, please visit our Heartfelt Sympathies Store.

Receive notifications about information and event scheduling for Garneill

We encourage you to share your most beloved memories of Garneill here, so that the family and other loved ones can always see it. You can upload cherished photographs, or share your favorite stories, and can even comment on those shared by others.

Posted Jun 08, 2021 at 09:49am
My Prayers to the Family, God Bless You All.Be Still and God Will Carry You Through!!! Don Keep you head Up and Always Know You was a Good Big Brother, I remember our Days at A.D.R. School, Stay Strong My brother, Lil Bro will Be Fine. Love you Bro

Posted Jun 05, 2021 at 09:13am
May my condolences bring you comfort and may my prayers ease the pain of this loss.” ... “Today and always, may loving memories bring you peace, comfort, and strength. My heart is with you in your time of sorrow Don and family 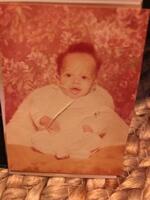 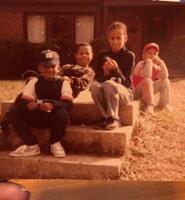 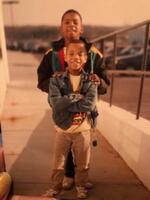