To share your memory on the wall of Harry Lynch, sign in using one of the following options:

At the young age of 24, Harry entered the Army and served in Korea for 15 months. Known as "Red Eye" Harry formed a tr... Read More
Harry Wood Lynch, age 70, was born in Yadkin County to the late Rufus and Willie Mae Lowery Lynch on July 14, 1950.

At the young age of 24, Harry entered the Army and served in Korea for 15 months. Known as "Red Eye" Harry formed a true brotherhood and in his brothers' words... "A brotherhood that lived in perfect harmony" The True Brotherhood includes Desi Cooper of Edenton, NC, Charles Ford of Burlington, NC; Ray Holmes of Burlington, NC, Wayne Wade of Yanceyville, NC and Charles Thomas of Hershey, PA.. Harry was definitely known as the life of the party! From Korea to North Carolina and from church to home, Harry was definitely that man!

In words of the brotherhood: "Stand in Power", "Red- Black- Green" and "Power Check to our Brother"
When Harry returned home, he worked at Chatham Manufacturing for many years. Before returning to his hometown of Yadkinville, he joined Piney Grove Church in Harmony, NC. There he served on the Usher Board and was a faithful member of the church. He enjoyed spending time at drag races and watching westerns, but mostly he was known for patiently waiting for a listening ear. Harry always had a story to tell. If you were in his presence, you were sure to be laughing.

Following a period of illness, he moved in with his daughter and son-in-law before passing away, surrounded by family, at Wake Forest Baptist Hospital on February 1, 2021.

Visit the Book of Memories for Mr. Lynch at www.rutledgeandbigham.com. Rutledge and Bigham Funeral Home is serving the Lynch Family.
Read Less

To send flowers to the family or plant a tree in memory of Harry Wood Lynch, please visit our Heartfelt Sympathies Store.

Receive notifications about information and event scheduling for Harry

We encourage you to share your most beloved memories of Harry here, so that the family and other loved ones can always see it. You can upload cherished photographs, or share your favorite stories, and can even comment on those shared by others.

Posted Feb 05, 2021 at 06:48pm
Family keep your head up and remember all the pleasant, funny memories Harry gave us in life. The love for family shall not be forgotten. "Wilsons"

Posted Feb 02, 2021 at 03:36pm
We met each other in Korea 1975 where we became Brothers for Life and to this day we were communicating weekly. We are going to miss you (Red Eye) Very Much. Rest In Peace Power Check To Our Brother.

Harry you always smiling and saying funny thing . You was a great friend, you will be miss in many be praying 🙏 for your family .

Posted Feb 02, 2021 at 07:04am
And I’ll never forget who really taught me how to yield. I know I wasn’t the best driver and you never yelled at me while driving you to the VA but boy when I looked over and you were holding your oxygen tank for dear life, I knew I should probably slow down now. I love you so much and I’m going to miss you
Comment Share
Share via:
D 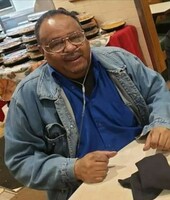 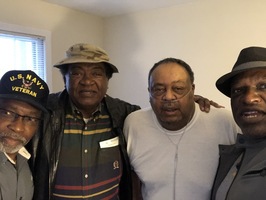 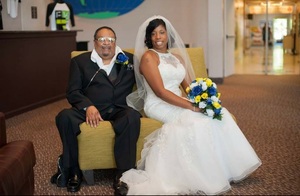