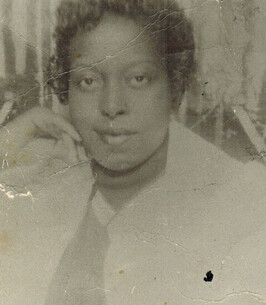 Revelation 21:4 " And God shall wipe away all tears from their eyes; and there shall be no more death, neither sorrow, nor crying, neither shall there be any more pain: for the former things are passed away.

Mr. Ivory Joe Borders, 69, son of the late John William "Bill" Garner and Eula Mae Turner Borders, was born in Iredell County on April 26, 1952. He departed this life on Monday, January 31, 2022 at the Gordon Hospice House in Statesville, N. C.

He attended Unity High School and prior to his retirement he was employed by Trim Systems as a machine operator. One of his favorite passions and hobbies was working on cars. He was preceded in death by his step-father, William Borders, who raised him from the age of six months; his grandparents, Katie and Hezekiah Garner, Blanche and Eugene Turner, three brothers, Alfred Borders, Charles Borders, Lonnie Borders, a sister, Gwendolyn Borders.

Celebration of Life Services will be conducted Saturday, February 5, 2022, at 300 p.m. at Rutledge and BIgham Funeral Home. Pastor Michael Turner will officiate. Members of the family will receive friends from 2:30 p.m. until 3:00 p.m., but will assemble at the residence at other times.

Visit the Book of Memories for Mr. Borders at www.rutledgeandbigham.com. Rutledge and Bigham Funeral Home is serving the Borders Family.