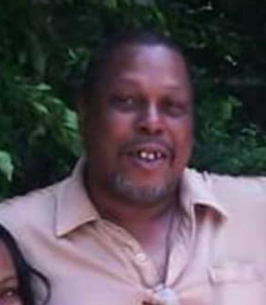 Revelation 21:4 " And God shall wipe away all tears from their eyes; and there shall be no more death, neither sorrow, nor crying, neither shall there be any more pain: for the former things are passed away"

James Edward Smith, 65, of 374 Euclid Avenue, Statesville, N.C., passed away on Tuesday, February 22, 2022, at Gordon Hospice House, Statesville, N.C.. He was born in Jamaica, Queens, New York on October 1, 1956, and was the son of Juliette Veronica Hutcherson and the late James Edward Smith. He was married to Mrs. Mary Francis Thomas Smith, who preceded him in death. In addition o his father, and wife, he was preceded in death by his grandparents, who raised him.

Smitty enjoyed his family, and was an awesome Dad. He enjoyed watching tv, loved the Beach, to read, and to help people... not in just a traditional way. He favorite team was the New York Giants.

Moments to Remember will be held on Monday, February 28, 2022, at Rutledge and Bigham Funeral Home. General Public Viewing will be held from 3:00 p.m. until 7:00 p.m., but friends will assemble at the residence at other times.

Visit the Book of Memories for Mr. Smith at www.rutledgeandbigham.com Rutledge and Bigham Funeral Home is serving the Smith Family.