To share your memory on the wall of Jeffrey Jackson, sign in using one of the following options:

Jeff attended P.S. 36, Junior High School 67 and Benjamin Cardozo High School. At 9 years old, he was a little entrepreneur doing various jobs such as: shoveling snow, raking leaves and a paper boy. As he grew into adulthood Jeff was a bike messenger in Manhattan, New York. In addition, he had his own floor waxing business. It was in 2006 Jeff was hired by the S.L. Green, Inc., located in New York City, in their environmental service department and this is where he retired in 2020.

As a child Jeff attended the First Baptist Church of St. Albans, New York and continued his life to be a child of God.
Jeff loved playing pool, chest and loved dancing. One of his favorite places to go was Atlantic City, New Jersey and he was a very good blackjack player. He had a easy smile and laugh that was so contagious it would make any bird sing.
Jeff is preceded in death by his parents, William J. Jackson, Sr., and Rosa Lee McClelland Jackson, and his brothers, Michael E. Jackson and William J. Jackson, Jr.

The Jackson Family would like to express the greatest of gratitude, and appreciation for the kind expressions during this time of sorrow.

Receive notifications about information and event scheduling for Jeffrey

There are no events scheduled. You can still show your support by sending flowers directly to the family, or planting a memorial tree in memory of Jeffrey Charles Jackson.
Plant a Tree

We encourage you to share your most beloved memories of Jeffrey here, so that the family and other loved ones can always see it. You can upload cherished photographs, or share your favorite stories, and can even comment on those shared by others.

Plant a Tree in Memory of Jeffrey
Plant a tree 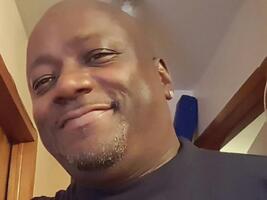