To share your memory on the wall of John Oliver, sign in using one of the following options:

John Thomas Oliver, 72, of 1122 King Street, Statesville, North Carolina, died Monday, March 15, 2021, at Gordon’s Hospice House in Statesville, N. C., following an extended illness. He was born in Greenville, SC on December 10, 1948, and was the son of the late Jacob and Ella Mae Wilson Oliver. He was the husband of Victoria Robertson Oliver, who survives.

Mr. Oliver was a graduate of Sterling High School in Greenville, SC. He worked for thirty-one years at Overnight trucking and five years at Third Creek Elementary School. John was baptized as a Jehovah's Witness in 1965 and served as an elder for forty years.

In addition to his parents, he was preceded in death by his son, Elliott Oliver and a grandchild, James Donte Peay.

In addition to his wife, Victoria R. Oliver of the home, he leaves to cherish the memory of his life, his daughter, Maenikkia C. Peay, (James Peay) of Statesville, NC; five grandchildren, Jamey Peay and Kendrick Oliver, both of Statesville, Victoria Oliver of Harrisonburg, Va., Jocelyn Peay of Charlotte, NC, Autumn Jones of Durham, NC, Kameron Robertson and Isabella Shade both of Hickory, NC; his sisters, Marie Martin of Simpson, SC, Linda Sherman and Mary Dean, both of Greenville, SC, and Diane Jackson of Valdosta, GA; his sister-in-law, Cassandra Johnson; brothers-in-law, Sylvester Robertson, Jr. and Bernard Robertson (Jackie), both of Statesville, NC and Alex Robertson (Ginger) of Hickory, NC; a host of nieces and nephews, cousins, other relatives and friends.

A memorial for Mr. Oliver will be held at a later date.
Read Less

There are no events scheduled. You can still show your support by sending flowers directly to the family, or planting a memorial tree in memory of John Thomas Oliver.
Plant a Tree

Posted Mar 25, 2021 at 02:07pm
Vicky, Maenikkia and Family,
When I think of John I think of his smile, his humor and his love. He loved his family no question. He also loved his brothers and sisters from around the world. Anyone who met John had a friend for life. When Jeremy and I needed a friend to help us get married, he was there. He stood up for us and what was right when no one else did. He was willing to take on the world to help us. I ended up having to tell him no because I didn’t want to see him hurt for sticking up for us. I will ALWAYS be grateful for his loving kindness. I also remember him at gatherings from years ago cooking catfish and chicken. Always smiling and always laughing, that was John. When he became a grandpa he came alive. He loved his grand-babies something fierce! He was one of the best people I’ve ever met and he will be greatly missed by my whole family but especially me.
Comment Share
Share via:
M

Posted Mar 19, 2021 at 08:10pm
I am sorry, he was my friend and my advisor. I always love see him I went the kingdom hall..he always smiling. He always give good comment. I will miss him 😢..
Comment Share
Share via:
GJ

Posted Mar 18, 2021 at 05:11pm
I am so sorry for y'all's loss, I know that there is not anything I can do or say to make y'all feel better at this time, but yall are being thought about
Comment Share
Share via:

Posted Mar 18, 2021 at 10:04am
Sister Nancy and I really enjoyed joining the Oliver family at K&W for lunch after the Meeting at Kingdom Hall on Sundays. Such a sweet and loving family. Looking forward to seeing Vickie and John reconnect in Paradise.

Posted Mar 18, 2021 at 09:32am
Vicky, I love you and John so much. Some of my earliest memories are at the Kingdom Hall in Statesville. Especially when John reenacted the Chinese Brother in Watching the World as "Hop Sing Oliver". It was occasions like that, over the years that have made the truth come to life for many of us. Tim and I send our warmest condolences and deepest love to you and the family. Also, sending a long tight hug.
Comment Share
Share via: 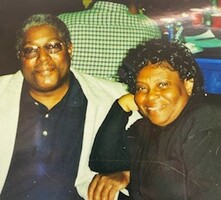 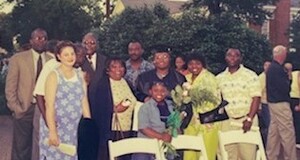 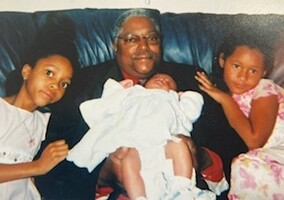