To share your memory on the wall of John Scott, sign in using one of the following options:

Print
John J “Duke” Scott was born on April 2, 1932, and was the son of the late Wilma McCelland and J. Lynn Roosevelt Scott of Shiloh. He departed this life on Saturday, April 10, 2021, at Autumn Care in Statesville, NC.

He graduated fro... Read More
John J “Duke” Scott was born on April 2, 1932, and was the son of the late Wilma McCelland and J. Lynn Roosevelt Scott of Shiloh. He departed this life on Saturday, April 10, 2021, at Autumn Care in Statesville, NC.

He graduated from Happy Plains High School in Taylorsville, NC in 1954, and served during the Korean Conflict and was honorably discharged. He was retired from Holly Farms, he loved to cut grass and was also a barber. In addition to his parents, he was preceded in death by his stepmother, Lucy Mayo McWhiter Scott; brothers, James W Scott and Charles “Bubba” Scott; his sisters, Julia May Scott Morrison, Mary Nell Scott Morrison, and Virginia Scott Campbell; a niece, Shirley Stokes and his nephews; Carlee Morrison and Wade Morrison.

To send flowers to the family or plant a tree in memory of John Scott, please visit our Heartfelt Sympathies Store. 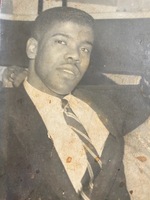