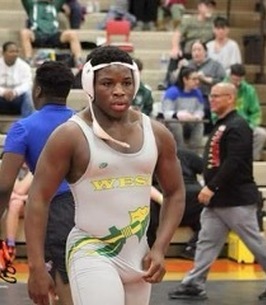 Matthew 5:4 " Blessed are they that mourn; for they shall be comforted."

Kareen was a graduate of West Iredell High School, where he played football, and he was on the wrestling team where they won the State Championship. He finished six in the state of North Carolina for Wrestling. He also attended Central State University of Ohio where he finished on the Dean's list with a 3.45 GPA. Kareen was a member of Liberty Hill Baptist Church of Claremont, where he played the drums for the choir, and also worked with the Youth. He was employed at RHA Health Services, at the time of his death.

Celebration of Life Service will be conducted on Wednesday, June 22, 2022, at 1:00 pm at Christian Outreach of the Piedmont. The family will receive friends one hour prior to the funeral. Pastor Michael Tolbert, Sr., will officiate and Reverend Timothy Stevenson will offer remarks. Burial will follow in the Liberty Hill Baptist Church Cemetery, in Claremont.

Visit the book of memories for Kareen Jabbar Stevenson, Jr. at www.rutledgeandbigham.com. Rutledge and Bigham is serving the Stevenson family.