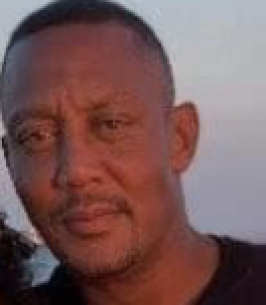 Psalm 147:3 " He heals the brokenhearted and binds up their wounds."

Mr. Kelvin Jermaine Hairston, 47, son of the late Bennie Howard Whiteside and Tommyette Redmon Whiteside, was born in Iredell County on November 22, 1974. He departed this life on Tuesday, July 12, 2022, in Taylorsville.

He attended Mitchell Community College and was employed by Carpenter Labor as a machine operator. In addition to his parents, he was preceded in death by his brother, Michael “Timmy” Harriston; grandparents, Brodie and Eva Steele Whiteside; uncles, Brodie Lee Whiteside, Victor Lee Redmon and a nephew, Zydez Bailey. He was married to Donna Gibbs Hairston, who survives.

It seems so unreal that you are gone
When just the other day
You walked and talked and laughed with us
Then suddenly slipped away
Your peaceful smile, your joyful laugh
How sweet the memory still
Your parting left an aching void
Only God’s love can fill.
The Family

A Celebration of Life will be held on Saturday, July 16, 2022, at Rutledge and Bigham, Statesville, at 2:00 pm. Visitation will be from 1:00 - 2:00 pm at the funeral home. Pastor Tawanna Myers will officiate, and burial will follow in the Belmont Cemetery, Statesville.

Visit the book of memories for Kelvin Hairston at www.rutledgeand bigham.com. Rutledge and Bigham is serving the Hairston family.