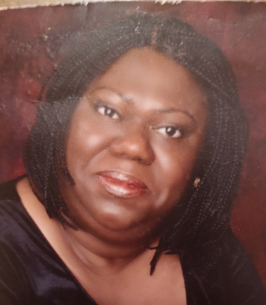 Psalm 34:18 "The Lord is near to the brokenhearted and saves the crushed in spirit."

The Family Tribute:
A smile for all, a heart of gold. One of the finest this world could hold never selfish always kind. These are the memories she leaves behind.

Mrs. Lorie Bailey-Ojo affectionately known as Tutti, was a loving mother, sister, and friend. She transitioned to her eternal home at, Mercy Hospital in Baltimore, Maryland, on Tuesday, June 14, 2022. She was born in Queens, New York on March 7, 1955.

At the age of 12 she moved from Statesville, North Carolina to Baltimore, Maryland where she attended Eastern High an All-Girls School and continued her education at Morgan State University where she earned a Bachelor of Science Degree. Lorie was one of the first African American to become a hostess at the Sheraton Hotel in Baltimore, Maryland in 1970’s. She retired from the state of Maryland as an Income Maintenance Specialist. Lorie was a devoted member of Pilgram Temple Church.

Friends who were more like family were Denise Mahdi, Dawn Smith, Mary Price, Lori Knight, Millie Hansley Fields, Octavia Shearin and Diane Mills. Cherished conversations were shared often with Van Lackey, Toadie Lackey and Mary “Puddin” Holt. She enjoyed a special bond with Cathy Patterson-Vazquez and Karen E. Patterson, whom she considered sisters as well as cousins. Lorie was a strong woman who faced every challenge in her life with courage, dignity, and resilience. She was a source of inspiration to us all and she will be deeply missed by everyone whose lives she touched. Being a woman of strong faith, she instilled in us the importance of family, hard work and doing what is right. It went without saying, Tutti’s family was arguably her most prized possession. Large home cooked meals and family gatherings were a display of her love. She was a true role model working with special needs children spreading her love and affection. Lorie was the founder of two social media platforms COUSIN 2 COUSIN and MY COUSIN & ME in which she was quite proud of and always stated with affection, Lackey Love.