To share your memory on the wall of Louise Moton, sign in using one of the following options:

Great is thy faithfulness, O God my Father;
there is no shadow of turning with thee;
thou changest not, thy compassions, they fail not;
as thou hast been thou forever wilt be.

Great is thy faithfulness, O God my Father;
there is no shadow of turning with thee;
thou changest not, thy compassions, they fail not;
as thou hast been thou forever wilt be.

Mrs. Louise Bigham Moton, 93, of Statesville peacefully entered into eternal rest on Saturday, January 2, 2021, at her home surrounded by family. She was born in Iredell County on April 28, 1927 and was the daughter of the late Gadson George Bigham and Mary Bell Ramsey Brown Bigham. In addition to her parents, she was preceded in death by two brothers, Charles Warner Brown and Gadson Bigham, Jr. and a sister, Margaret Booker.

She spent her formative years in Statesville, NC and was a graduate from Morningside High School. She received her undergraduate and graduate degree from North Carolina College at Durham, now North Carolina Central University. She was an educator and taught school in Winton, NC, High Point, NC, and returned to Iredell-Statesville School System, Statesville, NC teaching until January of 1971. She joined the staff of Rutledge and Bigham Funeral Home as a part-time employee and received her funeral director's license in 1963. Following her retirement from the school system, she enrolled at Pittsburgh Institute of Mortuary Science and received a diploma as a Graduate Mortician and her NC license as a mortician after successfully passing the National Conference of Funeral Examining Board. She then joined the staff of Rutledge and Bigham as a full-time employee. When her mother, Mary B. Bigham, became ill in the 70's, she took over the business. At the death of her mother in 1980, she and her sister, Margaret B. Booker and her brother, Charles Brown, became the owners of Rutledge and Bigham. She became the General Manager and Operator of the funeral home. She was also a Licensed Funeral Director, Embalmer, Pre-need Sales Person, and co-owner of Clyburn and Bigham Mortuary in Mooresville, NC. She retired from Rutledge and Bigham Mortuary, Inc in Statesville in 2013. At the time of her death she was the President of Rutledge and Bigham Mortuary.

The growth of the business began as a three-room storefront on Garfield Street in 1922 and expanded to a full-service business. A new Chapel was dedicated and opened in August 1991 which she named in memory of her mother, Mary B. Bigham Memorial Chapel. She was responsible for implementing the Rutledge and Bigham Educational Scholarship for graduating high school seniors; The Charles Warner Brown Memorial Scholarship for Higher Education; The Annual Memorial Service and Anniversary Celebration along with numerous other services.

General public viewing is Thursday at the Rutledge and Bigham Funeral Home beginning at 10:00 am until 7:00 pm.

A PUBLIC BURIAL will be Friday, at 2:00 p.m. at The Bigham Family Plot in The Belmont Cemetery. Those who will travel to the cemetery in the processional should assemble at Rutledge and Bigham at 1:00 p.m. and please remain in your cars. There will be loud speakers at the cemetery for your safety and protection.

There will be NO PUBLIC VISITATION (WAKE), unfortunately, with the COVID-19 Virus. We, at Rutledge and Bigham Funeral Home, along with other funeral homes across the country, have been issued a mandate to limit the number of family and/or friends at funeral services. YOU CAN ONLY ENTER THE FUNERAL WITH A FUNERAL PASS WHICH WILL BE GIVEN TO THE IMMEDIATE FAMILY.

TO VIEW ONLINE STREAMING OF THE SERVICE...GO TO FACEBOOK TO Bernardeane Moton's, Michael McClelland Page, or Lauren Keaton's Page.

AFTER THE SERVICE IS OVER YOU CAN VIEW THE ONLINE VIDEO BY CLICKING ON Her PICTURE ON OUR WEBSITE. GO TO The BOOK OF MEMORIES CLICK ON PHOTOS AND VIDEO. YOU WILL SEE A LINK TO FACEBOOK - THAT'S THE ONLINE VIDEO.

In addition to flowers, Memorials may be made to The Rutledge and Bigham Memorial Scholarship Fund, 603 South Center Street, Statesville, NC 28677.

Visit the Book of Memories for Louise Bigham Moton at: www.rutledgeandbigham.com. Rutledge and Bigham Funeral Home is serving the Moton Family.


With Our Heartfelt Thanks
…that we through the patience and comfort of the scriptures might have hope, (Romans 15) God has given us our church family, neighbors and dear friends, to help us as we go forward. God’s Word has been manifested through your many expressions of sympathy and support; we praise God from whom all blessings flow. Thank you for honoring the memory of our beloved Louise and for remembering us during her illness and passing. In addition to her family who were her caregivers, special thanks to Marilyn Scott Darty, Cynthia Carson Turner, Dr. Jamal Kalala, Dr. Pam Westmoreland Sholar, Vicki and Staff, all the Staff of Scott Catering, Earl Williamson, Allen Mitchell, Jr., Local Funeral Directors and Morticians, NFD and MA, FD and MA, The Piedmont District of the FD & MA, Southern Breezes Carriages and Funerals, and Rutledge and Bigham Funeral Home and Staff including, David Moton, Bernardeane Moton, Shelby Misher, Michael McClelland, Nelda Davis, Flake Huggins, Priscilla Dudley, Donna Lackey, Wanda Hardy, Hobart Mays, Joseph T. Clyburn, Joey Clyburn, Cathy Murray, Avis W. Schofield, Bobby Holmes, Dorothy Ijames, Dara Moss, Elder Christopher Daniels, Bishop Wilford Walls, Bernardette H. Davis, Billie Stewart, Anthony Bowers, Jaleil Strickland, Bishop Nathaniel Lassiter, Kenneth Cherry, Clinton Caldwell, James Phifer, Sherry Carroway and Michael Gallmon, the Statesville Community, Volunteer Support Staff, our Relatives and Friends. Your thoughtfulness will forever remind us of your love and support. May God continue to keep you in His tender care. In our risen Lord, we have peace that passes all understanding.
The Bigham and Moton Family
Read Less

To send flowers to the family or plant a tree in memory of Louise Moton (Bigham), please visit our Heartfelt Sympathies Store.

Receive notifications about information and event scheduling for Louise

We encourage you to share your most beloved memories of Louise here, so that the family and other loved ones can always see it. You can upload cherished photographs, or share your favorite stories, and can even comment on those shared by others.

Mardale and Michelle and Melinda, The Harrill family and the staff of Cask sent flowers to the family of Louise Moton (Bigham).
Show you care by sending flowers

Posted Jan 08, 2021 at 08:16pm
The Whiteside and Curry families would like to express our condolences to the family of Mrs. Louise Moton. She always went the extra mile to assist and meet our needs during our time of needed services. We will miss her wonderful heart and smile. May God continue to bless you.
Love and blessings
The Whiteside and Curry Family
Comment Share
Share via:
WC

Posted Jan 08, 2021 at 08:17am
Ms. Moton legacy of Love and Kindness extended to the countless families who were in need of divine inspired comfort provided Rutledge and Bingham will forever be present in Iredell County, Statesville, NC and surrounding communities. A grateful Statesville community can only say...

Mardale and Michelle purchased flowers for the family of Louise Moton. Send Flowers

Melinda, The Harrill family and the staff of Cask

Melinda, The Harrill family and the staff of Cask purchased flowers for the family of Louise Moton. Send Flowers

Posted Jan 06, 2021 at 02:50pm
To the family of Mrs. Louise Moton,
It is with a sad heart to hear of your loved ones passing. I am a graduate of the class of 1967 at Morningside and remember her
well. I mostly remember her as a teacher, where she excelled, and was dearly thought of by all. When she joined Rutledge and
Bigham I saw her often when I had to collect for delivering the Statesville Record and Landmark newspaper. She would say things
that let me know she still was a teacher. As I read her obituary, it is with joy to know about all her accomplishments. Rest in peace,
Mrs. Moton, you did well in your faithful service to God. 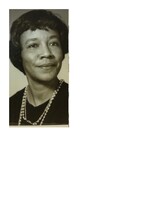 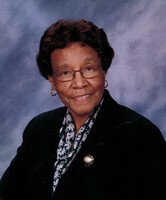