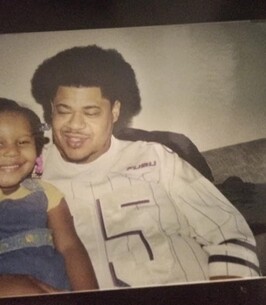 And God shall wipe all tears from their eyes...

Mr. Lynn Omar Williams, Sr., 50, was born in Detroit, Michigan (Wayne County) on December 2, 1971, and was the son of the late Glenn Neely and Beverly Powell Williams. He passed away on Friday, January 7, 2022, at Iredell Memorial Hospital in Statesville, North Carolina. In addition to his parents, he was preceded in death by a cousin, Marcus Coleman and an aunt, Christine Coleman.

He attended Southeastern High School in Detroit, Michigan and Rancho High School in Las Vegas, Nevada. Prior to his move to North Carolina, he was a shift supervisor with British Petroleum for over ten years.

Celebration of Life Services will be conducted Friday, January 14, 2022, at 1:00 p.m. at Rutledge and Bigham Funeral Home. Bishop Wilford Walls will officiate. Members of the family will receive friends at the funeral home from 12:00 p.m. until 1:00 p.m,, but will assemble at the residence at other times.