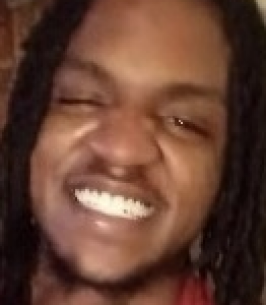 Psalm 34:18 " The Lord is near to the brokenhearted and saves the crushes in spirit.

Marquis DaQuan Summers, 25, affectionately called “Quisey” of Mooresville, was born on November 11, 1996, to Latonia Monquie Clark and the late Richard Dewarn Summers. He departed this life unexpectedly on Monday, July 11, 2022.

He graduated from South Iredell High School in 2015 and was employed by Target Distribution as a packer. He was a huge fan of the Dallas Cowboys.

In addition to his father, Richard Dewarn Summers, he was preceded in death by his paternal grandfather, Jesse Summers; and his maternal grandmother, Phyllis Clark Stevenson.

Celebration of Life Services will be conducted Tuesday, July 19, 2022, at 2:00 pm at Rutledge and Bigham Funeral Home, Statesville. Visitation will be from 1:30 - 2:00 pm at the funeral home. Minister Audra Hamilton will officiate.

Visit the Book of Memories for Mr. Summers at www.rutledgeandbigham.com. Rutledge and Bigham Funeral Home is serving the Summers Family.