To share your memory on the wall of Perry Burke, sign in using one of the following options:

Perry attended West Iredell High School and graduated in 2001. He played on the Varsity Football Team from his freshman and senior years of high school. He was on the track team and was an awesome disc thrower and shot put athlete. He broke the record at West Iredell in these sports. After high school, he attended Mitchell Community College and graduated in 2003. He was a former teacher of Barium Springs in Troutman, N.C. He loved to sing and was also a member of the Iredell Warriors, a semi pro football team. Perry was employed by Tyson Food Plant in Wilkesboro, N.C.
He was preceded in death by a son, P.J., his maternal grandmother, Hazel Ann Burke; his maternal grandfather, Willie Lee Jones; his paternal grandfather, Eddie Lee Knox; his great grandmother, Wilma Speaks; his great grandfather, Stroy Speaks; one uncle, David Burke and a sister-in-law, Amanda Caldwell Carpenter.

As long as life and memory last… we will remember you!

Celebration of Life Services will be conducted Wednesday, June 16, 2021, at 2:00 p.m. at Rutledge and Bigham Funeral Home. Pastor Charles Davidson will officiate and burial will follow in the Belmont Cemetery.

Mr. Burke will remain at Rutledge and Bigham Funeral Home where members of the family will receive friends from 1:30 p.m. until 2:00 p.m., but will assemble at the residence of his in-law, Billy and Shirley Carpenter, 449 Picadilly Lane, Troutman, at other times.

Visit the Book of Memories for Mr. Burke at www.rutledgeandbigham.com. Rutledge and Bigham Funeral Home is serving the Burke Family.
Read Less

To send flowers to the family or plant a tree in memory of Perry Jarmayne "Big Perry" Burke, please visit our Heartfelt Sympathies Store.

Receive notifications about information and event scheduling for Perry

We encourage you to share your most beloved memories of Perry here, so that the family and other loved ones can always see it. You can upload cherished photographs, or share your favorite stories, and can even comment on those shared by others.

The Connor Family and The LiCause Family sent flowers to the family of Perry Jarmayne "Big Perry" Burke.
Show you care by sending flowers

Posted Jun 16, 2021 at 06:35am
I will miss you always talking junk. You the only person I have met that got as much mouth as me. I love you and will miss you. Thank you for loving our children.
Comment Share
Share via:
T

Posted Jun 15, 2021 at 07:57pm
My friend Perry!
Boy do I remember them days at Barum Springs and my bus monitor for Iredell school system. We had many laught together. I am going to miss you big fellow tell my momma (Donna) that I loves and miss her dearly. Maybe y’all can have a big tunk game. Memory’s last forever
Comment Share
Share via:
TF

Posted Jun 15, 2021 at 10:59am
Wishing you peace to bring comfort, courage to face the days ahead and loving memories to forever hold in your hearts.

Posted Jun 14, 2021 at 07:34pm
Dear Linda Knox and the Burke Family,
Pls accept our condolences at this time. Our hearts are sad, but the angels in heaven are rejoicing. May God continue to bless you richly.
Sincerely,

Posted Jun 13, 2021 at 07:24pm
We are thinking of you during this difficult time. With deepest sympathy... Adriane Ware, Jackie Noble and Anne Taylor 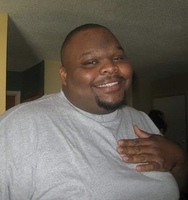 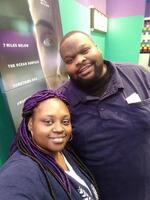