To share your memory on the wall of Phillip Rucker, sign in using one of the following options:

To send flowers to the family or plant a tree in memory of Phillip Darnell "Phil" Rucker, please visit our Heartfelt Sympathies Store.

Receive notifications about information and event scheduling for Phillip

We encourage you to share your most beloved memories of Phillip here, so that the family and other loved ones can always see it. You can upload cherished photographs, or share your favorite stories, and can even comment on those shared by others.

Stephanie Lazenby, Rodrika Surratt, and other have sent flowers to the family of Phillip Darnell "Phil" Rucker.
Show you care by sending flowers

Posted Jan 21, 2021 at 10:03am
Wishing you peace to bring comfort, courage to face the days ahead and loving memories to forever hold in your hearts. Constantly sending you prayers!

Posted Jan 20, 2021 at 08:59pm
Phil and I worked together for 20 years, through good and bad times, most of them good. He would text me every Mother’s Day, Christmas, and New Years, even this last Christmas. Ana , Ja’Quan and Kameron, he talked about y’all all the time . I can’t be there because of Covid but I’m thinking of y’all, Lillian and Nate also.

Posted Jan 20, 2021 at 12:16pm
JaQuan, Wishing you peace to bring comfort, courage to face the days ahead and loving memories to forever hold in your hearts.

Posted Jan 20, 2021 at 12:42am
Phil was so polite and kind always well-mannered. I loved his smile. He will be truly missed.
Cousin Kathy Barringer
Comment Share
Share via: 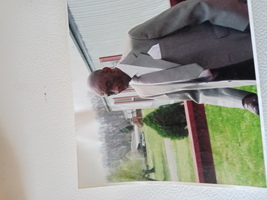 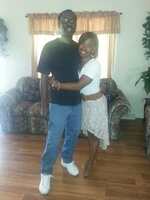