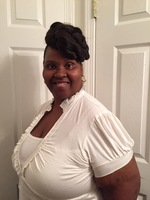 Bishop Regina Allen Campbell, 53, of 194 North Point Boulevard, Apartment 213, Statesville,NC, passed away at Forsyth Memorial Center in Winston-Salem,NC on Tuesday, April 20, 202, following an extended illness. She was born in Yonkers, New York on November 1, 1966, and was the daughter of John Henry Allen and the late Nellie Mae Mann Allen. She was married to Charles Levern Campbell, who survives. In addition to her parents, she was preceded in death by a brother, Charles Edward Allen and a sister, Freddie Nell Allen.

She was a graduate of Yonkers High School and attended Carolina Christian College in Winston-Salem. She was the Pastor of Agape ministries of Statesville and she served as a Bishop at TMI International. She was a great singer and prayer warrior.

In addition to her husband, she leaves to cherish the memory of her life three daughters, Atiya Ragin of Winston-Salem, Akayla Campbell and Akaysia Campbell, both of Statesville; one grandson, King; several brothers and sisters, Margaret Allen of Statesville, Elaine Allen of Spencer, Joyce Holloway of Statesville, John Junior Casselberry of Bronx, New York, Rodney Hayes, Cheryl Casselberry, and Doris Allen, all of New York, Johnnika Allen of Florida and Qualana Folks of New York; brothers-in-law, Larry Campbell, Eugene Campbell and Derrick Campbell, all of South Carolina; and a host of nieces, nephews, cousins, other relatives and friends.

Celebration of Life Services will be conducted Tuesday, April 27, 2021, at 1:00 p.m. at Rutledge and Bigham Funeral Home. Apostle Bryan Long will officiate and burial will follow at Oakwood Cemetery.

Visit the Book of Memories for Mrs. Campbell at www.rutledgeandbigham.com. Rutledge and Bigham Funeral Home is serving the Campbell Family.