To share your memory on the wall of Robert Clark, sign in using one of the following options:

Robert was at 1984 graduate of South Iredell High School and was a loving husband, son, brother, uncle, and friend. He served with the United States Army and was honorably discharged.

In addition to his mother, Laura, he leaves to cherish the memory of his life, his wife, Pamela Clark of the home; four children, Rekeil Clark, DeVante Clark and Tevin Clark, all of Taylorsville, NC and DeJu Clark of the home; his sisters, Reba Clark Lazenby of Statesville, NC and Juanita Clark of Troutman, NC; his brothers, Duke (Caroline) Clarke and Steven (Barbara) Clark, both of Statesville, NC and Fred (Junalyn) Clark of Troutman, NC; several nieces and nephews, cousins, other relatives and friends.

Celebration of Life Services will be conducted Friday, February 19, 2021, at 4:00 p.m. at Rutledge and Bigham Funeral Home.

Visit the Book of Memories for Mr. Clark at www.rutledgeandbigham.com. Rutledge and Bigham Funeral Home is serving the Clark Family.
Read Less

To send flowers to the family or plant a tree in memory of Robert Maurice Clark, please visit our Heartfelt Sympathies Store.

Posted Feb 19, 2021 at 07:21pm
To the Clark family, I am so sorry to here of the loss of your family member, our prayers are with you. Jimmy, Barbara, Kathy, Brenda, Pamela Miller
Comment Share
Share via:

Posted Feb 19, 2021 at 06:29pm
Robert was a true friend and I will miss him dearly, my heart is just bleeding for his beautiful wife and kids.
Fly high my friend untill we meet again you will be so missed.
Comment Share
Share via:
HS

Posted Feb 19, 2021 at 11:44am
To the clark family a lost that cannot be replaced from stacey and joe ervin

Flowers were purchased for the family of Robert Clark. Send Flowers

Posted Feb 16, 2021 at 10:15pm
To Ms. Laura Clark and family, you have our deepest sympathy. We are praying for you and your family. Just know that God is with you and will never leave you. Love George and Cynthia
Comment Share
Share via: 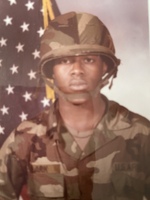 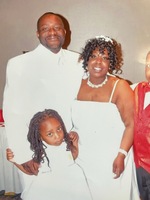 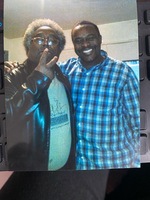