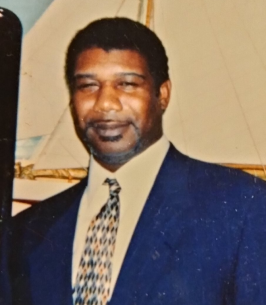 And God shall wipe all tears from your eyes...

A smile for all, a heart of gold, one of the finest this world could hold,
Never selfish, always kind, these are the memories he leaves behind…

Mr. Robert Lee English, 62, son of Rachel Ellis English Gayles and the late John Sidney English, was born on December 2, 1959. He departed this life on May 20, 2022 at Wake Forest Baptist Hospital in Winston Salem following an extended illness.

He attended Bellport High School in Long Island, NY and attended the Church of God in Christ. He served with the United States Army and was honorably discharged. At one time he lived in Milwaukee and then made his home in North Carolina. He loved to cook and worked in the restaurant industry prior to his death.

In tears we saw you sinking
And watched you fade away
Our hearts were almost broken
Because we wanted you to stay.
But when we saw you sleeping,
So peacefully and free from pain
How could we wish you back with us
To suffer that again.
It breaks our hearts to lose you
But you did not go alone
For part of us went with you
The day God called you home.
The Family

Celebration of Life Services will be conducted Sunday, May 29, 2022, at 1:00 p.m. at Rutledge and Bigham Funeral Home. Members of the family will receive friends at the Funeral Home from 12:30 to 1:00 p.m. Burial will follow at the National Cemetery in Salisbury, NC at a later date. Visit the Book of Memories for Mr. English at www.rutledgeandbigham.com. Rutledge and Bigham is serving the English family.