To share your memory on the wall of Steven Imes, sign in using one of the following options:

Fifty-eight years of life were lived, enjoyed, and celebrated by our beloved Mr. Steven Franklin Imes. He was born on March 23, 1962 in Iredell County to Mr. Frank Kelly Imes and Overseer Barbara Moore Imes; who survive. He peacefully entered into enteral rest on January 11, 2021 at Iredell Memorial Hospital, after having endured hardness and long-suffering, as a good soldier; and surrounded by cherished family members.

He attended Statesville City Schools, graduated from Statesville Sr. High in 1981, and attending Mitchell Community College. Mr. Imes was employed by Freightliner; where he worked as an Assembly line worker for several years. He was one of the chartered members of Church of the Living God Mission, now Greater Lilly’s Chapel Commandment Keeping Church; where he received his spiritual foundation. Through his faithfulness, commitment to his church, and love for the Word of God, he was ordained as a deacon. Deacon Imes was preceded in death by his maternal grandparents, Elder Rufus Charles Moore and Overseer Henrietta Ellis Moore, paternal grandparents, Mr. Daniel June Imes and Mrs. Ethel Odell Scott Imes, father-in-law, Mr. Thomas Roy Dalton Sr., and mother-in-law Mrs. Geraldine White Dalton.

Deacon Imes was a Godly man who not only loved the Lord and his family; but he was a loyal Duke Blue Devil Basketball and Pittsburgh Steelers fan. He loved going to the gym and working out. In his spare time, he treasured working with electronics.

I fought a good fight, I kept the faith… I finished my course!!

Celebration of Life Services will be conducted Thursday, January 14, 2021, at 12:00 p.m. at Rutledge and Bigham Funeral Home. Assistant Pastor Carolyn Cuthrell will officiate and Elder Keith Williams will eulogize.

Visit the Book of Memories for Deacon Imes at www.rutledgeandbigham.com. Rutledge and Bigham Funeral Home is serving the Imes Family.
Read Less

To send flowers to the family or plant a tree in memory of Steven Franklin Imes, please visit our Heartfelt Sympathies Store.

Receive notifications about information and event scheduling for Steven

We encourage you to share your most beloved memories of Steven here, so that the family and other loved ones can always see it. You can upload cherished photographs, or share your favorite stories, and can even comment on those shared by others.

Sonny and Avis Schofield and Leah Taylor sent flowers to the family of Steven Franklin Imes.
Show you care by sending flowers

Posted Jan 14, 2021 at 11:43am
Please accept our most heartfelt sympathies for your loss... Our thoughts are with you and your family during this difficult time.

10 trees were planted in the memory of Steven Imes

Posted Jan 14, 2021 at 10:00pm
My deepest condolences to Kim and your family! Praying for your peace and understanding. Love you all.
Brian and LaVonne Stevenson
Comment Share
Share via:
WM

Words fail me, but I am so sorry for your loss. I pray that God wraps his arms around you and holds you tightly, that you experience comfort and peace in the coming days, months and years. Praying for all of you!

Sonny and Avis Schofield purchased flowers and planted a memorial tree for the family of Steven Imes. Send Flowers

Posted Jan 14, 2021 at 09:13am
Pastor Gladys McClary and the members of Bible Way Holiness Church #2, 408 Carver BLVD,, Goldsboro, NC seeds our love and prayers to Overseer Barbara Imes. We will keep you in our prayers as always. Earth has no sorrow that heaven cannot heal. Overseer Imes, we love you.
Comment Share
Share via: 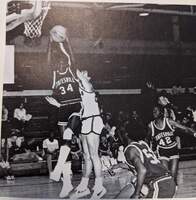