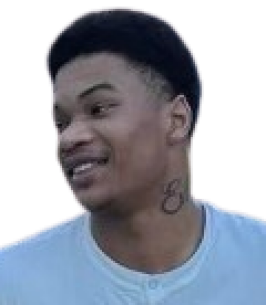 Blessed are those who mourn, for they will be comforted. -Matthew 5:4

Tashon graduated from Statesville High School and prior to his death was employed with Two Men and a Truck as a general laborer. At a young age he attended Miracle Faith Tower of Statesville.

In addition to his parents, he leaves to cherish the memory of his life, two grandfathers, maternal grandfather, Royal Morrison, and his paternal grandfather, Edward Richards; four siblings, Naosha Tabor of Huntersville, Domonique Dulin of Statesville, Kalyia Mock of Statesville, and Candacee Mock of Pennsylvania; two god sisters, Breaunna Ellison, and Jakiria Silver; one god brother, Breshawn Ellison, all of Statesville; his neices and nephews, Dakarai Dulin, Landis Harper, and Dakota Dulin; aunts and uncles, Michelle Hairston, Tametria Morrison, Tichena (Matthew) Blyden, Royal (Isabella) Morrison Jr, and Clifford Dulin all of Mocksville, and Maria Mock of Charlotte; his god grandmother, Laura Parks; and a host of other family members and friends.

Celebration of Life Services will be held Monday, July 25, 2022, at Christian Outreach of the Peidmont, Statesville, at 1:00 pm, with Dr. Tonyan Schofield and Bishop Stanley Transou, officiating. Visitation will be held from 12-1:00 pm at the church.

** Due to the rise of Covid, the church requests that everyone wear a mask**