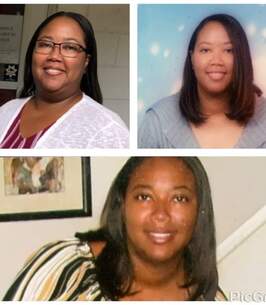 Mrs. Yolanda Rae Ramseur Allison, 44, of 221 North Patterson Street, Statesville, passed away at Iredell Memorial Hospital in Statesville on Sunday, January 2, 2022. She was born in Iredell County on October 1, 1977, and was the daughter of Myra J. Ramseur and the late Reginald S. Parker.

She was married to Allen Christopher Allison, who survives. In addition to her father, she is also preceded in death by her daughter, Shanitta M. Allison; her paternal grandparents, Roy Austin Parker and Margaret Louise Morrison Parker; her maternal grandparents, Ray Alvin Ramseur, Sr. and Margaret Nichols Ramseur; an aunt, Wilma P. Campbell, and an uncle, Weldon Parker.

Celebration of Life Services will be conducted Saturday, January 8, 2022, at 11:30 a.m. at Rutledge and Bigham Funeral Home. Reverend James Harley, Pastor of Freedom Presbyterian Church will officiate. Burial will follow in the Freedom Presbyterian Church Cemetery. Members of the family will receive friends from 11:00 a.m. until 11:30 a.m., but will assemble at the residence at other times.

Visit the Book of Memories for Mrs. Allison at www.rutledgeandbigham.com. Rutledge and Bigham Funeral Home is serving the Allison Family.