To share your memory on the wall of David Robinson, sign in using one of the following options:

Celebration of Life Services will be conducted Monday, February 8, 2021, at 2:00 pm at Belmont Cemetery.

Visit the Book of Memories for Mr. Robinson at www.rutledgeandbigham.com. Rutledge and Bigham Funeral Home is serving the Robinson Family.
Read Less

To send flowers to the family or plant a tree in memory of David Marcel Robinson, please visit our Heartfelt Sympathies Store.

Receive notifications about information and event scheduling for David

We encourage you to share your most beloved memories of David here, so that the family and other loved ones can always see it. You can upload cherished photographs, or share your favorite stories, and can even comment on those shared by others.

Posted Feb 07, 2021 at 07:57am
To my friend, my ex singing partner, the one who taught my how to throw them horseshoes, and because of you I was the Only woman to win 1st place, my ex roommate, the one who feed me very well, my grill master, my jokester, always kept me laughing🤣 I have so many memories of you that I will ALWAYS keep dear to my heart ♥️ You helped me during the roughest times of my life and for that I’m forever grateful! I swear you smelt me when I came in town 🤔 before I knew it, there you were. We had a SPECIAL relationship! Rest easy now sweetie!!!!
No more in Egypt bondage, No where to roam
You are so free and happy, You’re gone on home
My God! Has promised you a Mansion on high
Somewhere beyond this world, up in the sky!!!!
I’m gonna miss seeing your face, and that big beautiful smile! Rest in the arms of Jesus now!!!!!!!!
My condolences to the family, especially your kids 🙏🏾
Comment Share
Share via:
GB

Posted Feb 05, 2021 at 12:24pm
My condolences to the family. I am just still numb that you have left us. I know your looking down on us and Thank you so much for loving me and your daughter Brittany and most definitely Angel.... You are missed and Loved dearly. I will see your face again. Until then SIP and sing with angels... Much Love to the whole family.

Posted Feb 04, 2021 at 10:50pm
So so sorry you had to leave us so early. But JESUS saw a better place for you .You will be highly missed but we all will remember your sunshine. My condolences to the family.
Comment Share
Share via:
PF 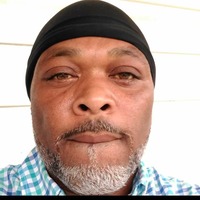 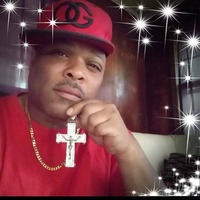 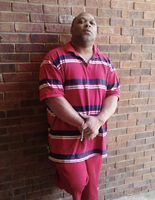 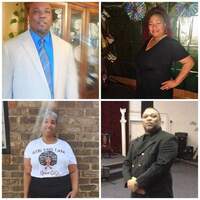