To share your memory on the wall of Doreather Ellison, sign in using one of the following options:

Mrs. Ellison was a faithful member of Highland Acres Church of Christ in Statesville, North Carolina until her health declined. She worked for many years at Sloan Cleaners as a presser and retired at the age of 62. She was united in marriage to John David Ellison, who preceded her in death.

In addition to her parents, and her husband, she was preceded in death by three children, Donnie Ellison, Clayton Ellison and Janice Ellison; four sisters and their spouses, Gladys (Robert) Whistine, Blairnell (Fred) McClure, Geraldine (James) Cobb, and Arthonnia (Roy) Turner, and three brothers and their spouses, Henderson (Margaret) Crosby, Willie (Naomi) Crosby, and Robert (Pamela) Crosby and a son-in-law, Lewis Feimster.

Visit the Book of Memories for Mrs. Ellison at www.rutledgeandbigham.com. Rutledge and Bigham Funeral Home is serving the Ellison Family.
Read Less

To send flowers to the family or plant a tree in memory of Doreather Ellison (Crosby), please visit our Heartfelt Sympathies Store.

Receive notifications about information and event scheduling for Doreather

We encourage you to share your most beloved memories of Doreather here, so that the family and other loved ones can always see it. You can upload cherished photographs, or share your favorite stories, and can even comment on those shared by others.

Dr Kimberly Moore and your EMBC Family sent flowers to the family of Doreather Ellison (Crosby).
Show you care by sending flowers

Posted Feb 03, 2021 at 04:06pm
We offer our sincere condolences in the passing of your sister. You are in our thoughts and prayers.

Dr Kimberly Moore and your EMBC Family purchased flowers and planted a memorial tree for the family of Doreather Ellison. Send Flowers 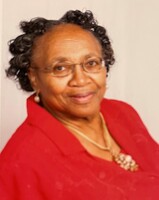