To share your memory on the wall of Emanuel Tuck, sign in using one of the following options:

After his mother passed at an early age he was raised by his late great-aunt Mollie Lackey (Revere)Tuck. When he lived with Mollie Tuck, he acquired the last name Tuck and was fondly called “Dag”. After the death of his aunt Mollie, Mollie’s children, the late, Viola “Prin” Tuck (Ervin) Blackwell and Elizabeth “Sis” Tuck (Robert) Chambers continued to raise “Dag”, as their sibling. He was preceded in death by his maternal grandparents, Mallie and Mammie Houpe Lackey; a grandson, Roderick “Roddy” Davis; a nephew, William “Chico” Blackwell, Jr. and a nephew-in-law, Woodrow Boney

Dag retired from the Iredell-Statesville School System after many years as a dedicated custodian, He was known throughout the community as a gentle soft spoken spirit. His taste for fine cars and attire was exquisite. He provided a social place for the black community to enjoy, music, spirits and good times. He lived a long life with no regrets.


Dag will be missed by many here at his earthly home; but he is now rejoicing in the arms of Our Lord & Savior Jesus Christ when he exchanged labor for reward in the Master’s Kingdom.
Read Less

To send flowers to the family or plant a tree in memory of Emanuel "Dag" Tuck, please visit our Heartfelt Sympathies Store.

Receive notifications about information and event scheduling for Emanuel

We encourage you to share your most beloved memories of Emanuel here, so that the family and other loved ones can always see it. You can upload cherished photographs, or share your favorite stories, and can even comment on those shared by others.

Posted Sep 12, 2020 at 05:47am
Aaron and Nelda I am sorry for your loss. Your dad was a haven for my late dad and many others. Sending my heartfelt condolences. May you find comfort knowing that our Heavenly Father cares for you and will comfort you during this time. (2Corinthians 1:3,4; 2Thessalonians 2:16,17) Jesus gave us a wonderful hope that we may see our loved ones again when he said at John 5:28,29 that there will be a resurrection. May we keep our eyes on the promises of our Heavenly Father who promised that one day no one will say I am sick, (Isaiah 33:24) and that all our pain, sorrow and even death will be no more. (Revelation 21:3,4) Many prayers are with you and the family. May you have peace .
Comment Share
Share via: 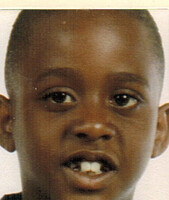 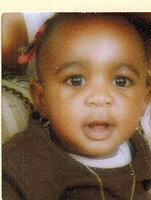