To share your memory on the wall of Hurley Morgan, sign in using one of the following options:

Print
John 3:16 " For God so loved the world, that he gave his only begotten Son, that whosoever believeth in him should not perish, but have everlasting life."

.The Family Tribute
Weeping may endure for a night,
but joy comes in... Read More
John 3:16 " For God so loved the world, that he gave his only begotten Son, that whosoever believeth in him should not perish, but have everlasting life."

.The Family Tribute
Weeping may endure for a night,
but joy comes in the morning

Mr. Hurley Albert Morgan, III, beloved son of Mrs. Gail Young Morgan and the late Hurley Albert Morgan, Jr., was born in Iredell County on April 14, 1976. He departed this life on Thursday, September 10, 2020, at his home in Charlotte, North Carolina.
He was a graduate of North Iredell High School, Class of 1994; the University of North Carolina at Chapel Hill where he earned his BA in 1998 in Exercise and Sports Science. He furthered his education at Strayer University received an MBA and MPA. Most of his professional career has been spent in the Human Services Field. Hurley worked in the Human Services Field in some capacity or another for over twenty years. He was employed by Pinnacle Family Services, LLC as a Family Centered Specialist Supervisor.
At an early age he joined St. John Baptist Church in Statesville and when he made his home in Charlotte, he attended Mt. Olive Presbyterian Church. He was a gifted writer, and penned several books and writes under the pen name, Author Hurley Morgan when writing Christian Fiction and Nonfiction writing. Hurley writes under pen name, H. M. Trey when writing Contemporary Fiction, Romance, and Urban Fiction. Hurley has been writing with Peace in the Storm Publishing since 2004, which he released 7 full-length novels. H. M. Trey also works as a senior managing editor and contributing writer with Real Life Real Faith Men of Faith Magazine, which is a digital magazine that is released bi-monthly. From inspiration, to entertainment, to sports, to politics, to business, to mental health, and everything in between… the Men of Faith Magazine strives to educate, uplift, motivate, inspire and be a magazine that is written by men for men.
Sug, as he was affectionately called, leaves to cherish the memory of his life, his mother, Gail Young Morgan of Statesville; his fiancé, Jessica Allison of Charlotte, NC; his daughter, Kaleigha Roach of Rocky Mount, NC; his sister, Stephanie Morgan of Statesville; his aunts, Gwendolyn Morgan and Barbara (Nate) Jackson, both of Statesville, Carolyn Morgan and Theresa (Ed) Rose, both of Dallas, Texas; one uncle, Thomas Morgan of Irving, Texas; one niece, Brittany Morgan of Statesville; three nephews, Steffen Morgan, Sr. of Statesville, R. J. Conner of Mooresville and Morgan Conner of West Virginia; and a host of great nieces, great nephews, cousins, other relatives, co-workers and friends.

When tomorrow starts without me, and I'm not there to see,
if the sun should rise and find your eyes all filled with tears for me;
I wish so much you wouldn't cry the way you did today,
while thinking of the many things, we didn't get to say.
I know how much you love me, as much as I love you,
and each time that you think of me, I know you'll miss me too;
so when tomorrow starts without me, don't think we're far apart,
For every time you think of me, I’m right here in your hearts.
Read Less

To send flowers to the family or plant a tree in memory of Hurley Morgan III, please visit our Heartfelt Sympathies Store.

Receive notifications about information and event scheduling for Hurley

We encourage you to share your most beloved memories of Hurley here, so that the family and other loved ones can always see it. You can upload cherished photographs, or share your favorite stories, and can even comment on those shared by others.

Al, Clark, Betty, Cory, Keosha, Chavela, Rhonda, &, Warmest Regards, his Pinnacle family., and other have sent flowers to the family of Hurley Morgan III.
Show you care by sending flowers

Posted Sep 19, 2020 at 12:44pm
Sending our love to the Morgan Family and my sister Jessica All good for the loss of a great and wonderful man, Hurley Morgan. Hurley, you're no longer here on earth but your spirit will be here forever and always. God has gained an Amazing Angel. We will miss you so much. Thank you Hurley for your smiles, laughs and love. May God continue to cover the Morgan family and my sister as this is not easy but know that healing will come as you grieve.

Posted Sep 19, 2020 at 07:20am
Brittany & Morgan Family, Hurley & his light lives on! We pray Gods grace covers you as you grieve and honor him today and in the days ahead.

Posted Sep 18, 2020 at 08:59pm
My deepest condolences to the family of Hurley. Words are hard to express just how much Hurley meant as a coworker. We would always chat it up for at least 30 minutes anytime our paths crossed. He was such a joy to work with and he is missed dearly. May you find comfort today in the days ahead. When you feel the tears start to rise, think of something he said to make you laugh and it will help ease the pain. Praying for you all!
Leslie Miller
Comment Share
Share via:
AJ

Posted Sep 18, 2020 at 07:19pm
To the families of morgan and Jessica algood ,sorry for your loss.In a time like this know that you have a saviour that will heal your hearts and comfort you doing this time..david,mae,erin erick &alyson jamison

Posted Sep 18, 2020 at 11:46am
Our Deepest Sympathy to Gail, Stephanie and Family.
Hurley, will truly be missed. He was a true inspiration to everyone he came in contact with. Always greeted you with a smile and kind spirit. Praying comfort and peace for the family.
Love,
Gail, Tasha, Charles & Ericka White
Comment Share
Share via: 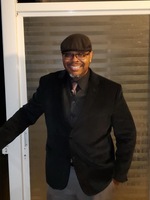 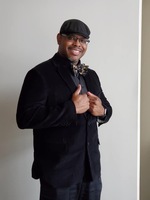 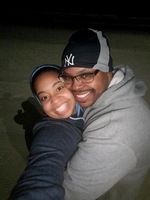 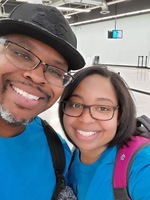