To share your memory on the wall of Margaret Parker, sign in using one of the following options:

Mrs. Margaret Louise Morrison Parker was born in Iredell County on April 4, 1934 to the late Junious and Florence Rosby Morrison. She was raised by her paternal grandparents, the late Isadore and Maggie Morrison. She departed this life on January 25, 2021 at the Gordon Hospice House.

Margaret attended Iredell County Schools and she enjoyed cooking, sewing, and crafts. She was a lifetime member of Freedom Presbyterian Church where she served as a deaconess. She also stablished, organized, and sang in the Inspirational Choir, served as the leader of the kitchen committee and could be found assisting with various activities within the church.

She was married to Roy Parker. In addition to her husband, Roy, Margaret was preceded in death by her parents; a son Weldon (Barbara) Parker; a daughter, Wilma (Ronald) Campbell; a brother, Robert Morrison; a nephew, Tony Morrison and a daughter-in-law, Constance “Conkie" Parker.


Special thanks to the nursing staff at NC Baptist Hospital, Statesville Dialysis and Gordon Hospice House for the excellent care and compassion showed to our beloved mother.

Visit the Book of Memories for Mrs. Parker at www.rutledgeandbigham.com. Rutledge and Bigham Funeral Home is serving the Parker family.
Read Less

To send flowers to the family or plant a tree in memory of Margaret Louise Parker (Morrison), please visit our Heartfelt Sympathies Store.

Receive notifications about information and event scheduling for Margaret

We encourage you to share your most beloved memories of Margaret here, so that the family and other loved ones can always see it. You can upload cherished photographs, or share your favorite stories, and can even comment on those shared by others.

Posted Feb 01, 2021 at 10:34am
My sympathy to the Morrison and Parker families. I believe Margaret came to our farm long ago to get sage from our bush for her holiday meal. We also met her cousin, Evie, last fall. My prayers are with all who know and love her.
Pattie (Lynn) and Barry Templeton

Posted Jan 29, 2021 at 10:28pm
We send our deepest sympathy and prayers for strength and comfort as you mourn the loss of Margaret. May your memories of her life continue to keep her legacy alive. Marvin and Juanita Norman.
Comment Share
Share via:
GL

Posted Jan 29, 2021 at 04:27pm
My Condolences to the Family. Continue to keep your hand in Gods hand. Aunt Margaret will be missed!

Gene Lawrence purchased the Sweet Sincerity and planted a memorial tree for the family of Margaret Parker. Send Flowers

Posted Jan 28, 2021 at 04:38pm
"Cousin Margaret Parker" will remain in our hearts forever. Cousin Margaret blessed us all and now she rests with Our Lord and Savior in Heaven!

Posted Jan 27, 2021 at 05:52pm
Margaret was such a sweet lady. Her coconut cake was so delicious
We are lucky to have her in our community. Thoughts and prayers with her family and friends. Deepest sympathy Deb Lazenby
Comment Share
Share via: 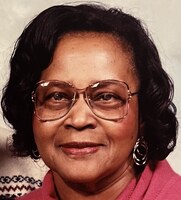