To share your memory on the wall of Nancy Jones, sign in using one of the following options:

Print
Mrs. Nancy Marie Wellman Jones, beloved daughter of the late Lewis and Myrtle Smyre Wellman, was born in Iredell County on March 23, 1950. She departed this life at her home on Tuesday, February 16, 2021.

She attended Unity School. ... Read More
Mrs. Nancy Marie Wellman Jones, beloved daughter of the late Lewis and Myrtle Smyre Wellman, was born in Iredell County on March 23, 1950. She departed this life at her home on Tuesday, February 16, 2021.

She attended Unity School. She was baptized at St. Peter Baptist Church and attended Philadelphia United Methodist Church. Prior to her retirement, she was employed by Iredell Statesville School System as a dietician. In addition to her parents, she was preceded in death by a son, Billy Jones; brothers, Joe Wellman and Lonnie Wellman; her mother-in-law, Helen Jones, her father-in-law, Jesse Lee Jones and her sister-in-law, Daisy Boddie. She was married to Billie Jones, who survives.
In addition to her husband, Billie Jones of the home, she leaves to cherish the memory of her life, her children, Angela Jones (Dwayne) Graham and Leslie Jones Davidson, both of Statesville; her goddaughter, Patricia (Gary) Gaither of Statesville; four brothers, Foy (Elaine) Wellman, Robert Wellman, J. D. (Margaret) Wellman and Andrew (Angeline) Wellman; two brothers-in-law, James R. (Ann) Jones and John Alfred (Pauline) Jones; four grandchildren, Gregory L. White, Garrett Meachem, Antwan Graham and Wynston Davidson; one great grandchild, Lennox Marie Meachem; and a host of nieces, nephews, cousins, other relatives and friends.

Visit the Book of Memories for Mrs. Jones at www.rutledgeandbigham.com. Rutledge and Bigham Funeral Home is serving the Jones Family.
Read Less

To send flowers to the family or plant a tree in memory of Nancy Marie Jones (Wellman), please visit our Heartfelt Sympathies Store.

Receive notifications about information and event scheduling for Nancy

We encourage you to share your most beloved memories of Nancy here, so that the family and other loved ones can always see it. You can upload cherished photographs, or share your favorite stories, and can even comment on those shared by others.

Posted Feb 22, 2021 at 10:28am
Sorry for your loss. Our thoughts and prayers are with you. Statesville Fire Department

Posted Feb 22, 2021 at 08:57am
Ms Nancy was such a sweet lady. It was a pleasure working with her and seeing her beautiful smile! May God's love and your cherished memories comfort you and give you peace. Pat Johnson, I-SS School Nutrition Supervisor
Comment Share
Share via:
FK

Posted Feb 21, 2021 at 02:54pm
Angela, so sorry to learn of the passing of your mother. You and your family are in my prayers! Fran Kirby
Comment Share
Share via:
MW

Posted Feb 20, 2021 at 10:02pm
We send our sincerest condolences to the Jones Family. May God give you strength during these hard times. Your are in our prayers.

Flowers were purchased for the family of Nancy Jones. Send Flowers 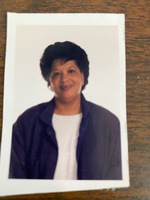 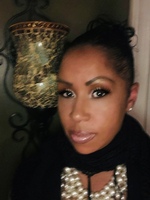 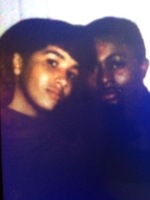 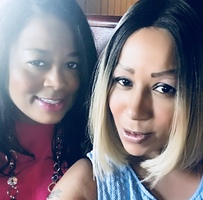