To share your memory on the wall of Willie Parks, sign in using one of the following options:

Shotgun, as he was affectionately called, attended the Iredell County Schools and was a truck driver for Skrap Hauling, LLC. He was united in marriage to Sheila Martin Parks. A loving husband, father, grandfather, and friend, he will truly be missed.


You can no longer see me,
But please know that
I am the flowers in the garden,
I am the wind beneath your hair.

Celebration of Life Services for Mr. Willie Parks, will be conducted Friday, April 2, 2021, at Christian Outreach at 1:00 p.m. Minister Roger Crider will officiate and burial will follow in the Belmont Cemetery.

Receive notifications about information and event scheduling for Willie

There are no events scheduled. You can still show your support by sending flowers directly to the family, or planting a memorial tree in memory of Willie James Parks.
Plant a Tree

We encourage you to share your most beloved memories of Willie here, so that the family and other loved ones can always see it. You can upload cherished photographs, or share your favorite stories, and can even comment on those shared by others.

Posted Mar 30, 2021 at 03:37pm
I first met Willie when I was 8 years old. From that time to this he has been the same loving, giving, kind hearted man. To know him was to love him. His smile lit up a room and his laugh was contagious because it came from a source of pure joy. I have never ever known anyone who loved so unconditionally as him. He was my father in law, my friend and someone who has been a great example in my life. His absence is so great because he was larger than life. The love he lived out is one that can only come directly from the one true source of love, God almighty. While I miss him tremendously already, I wouldn't bring him back to this world for nothing. It thrills my heart to know he is home, healed and happy forever! I cannot wait to see him again soon! -LaKisha Harrelson
Comment Share
Share via: 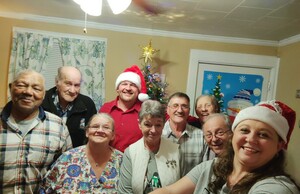 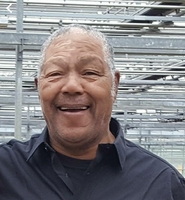 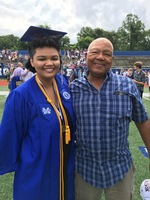