To share your memory on the wall of Wilma Campbell, sign in using one of the following options:

Wilma was preceded in death by her grandparents Junious and Margie Morrison, her brother Weldon Parker, a step son Ronald “Rock”Campbell Jr. and a sister in law Constance “Conkie” Parker.

Wilma was a graduate of North Iredell High School. Wilma was a very active member of Freedom Presbyterian Church where she served as an Elder and sang in the choir for many years. She was employed at Sara Lee formerly Bali for many years in payroll after retirement she pursued her CNA certification where she was employed as a caregiver with Crossroads Home Health at the time of her death. She loved all of her clients as if they were her own family; especially her longtime client Bonnie.

In addition to her mother and husband Wilma leaves to cherish the memory of her life, one daughter Sonya Norman-Simpson of Morristown TN and two stepsons; Chris and Brian Campbell of Statesville. Three grandsons; Darius Sharpe of Statesville, Jonah Simpson (Reagan) and Micah Simpson both of Morristown TN. One sister Renee Moore and two brothers Rodrick “Tim” Parker and Reginald “Reg” Parker all of Statesville. Five sister in laws Barbara Parker of Cheraw SC and Evelyn (Earl) Hamilton, Gloria( Frank) Linney and Janice (Rev. Roger) Powell all of Statesville. Along with nieces Yolanda Ramseur Allison and Ashley Mayberry both of Statesville , Lisa Parker and Dina (Calvin) Thomas both of Cheraw SC and one nephew Shelton (Hope) Moore of Statesville. An aunt Beatrice Moten (Johnny) of Statesville and uncle John Parker (Charlene) of California and She also leaves to cherish the memories two little babies that she loved dearly; Braiden and Aleah. A host of great nieces and nephews cousins, Freedom church family, other relatives, neighbors and friends. Special thanks to nursing staff at Atrium Health CMC and the nursing staff and social workers of Gordon Hospice House for the excellent care and compassion showed to our beloved Wilma.

To send flowers to the family or plant a tree in memory of Wilma Campbell, please visit our Heartfelt Sympathies Store.

Receive notifications about information and event scheduling for Wilma

We encourage you to share your most beloved memories of Wilma here, so that the family and other loved ones can always see it. You can upload cherished photographs, or share your favorite stories, and can even comment on those shared by others.

Posted Jan 07, 2021 at 01:47pm
Rest in Heaven Wilma, we'll always remember your calm, kind spirit. Prayers for Sonya and all the Parker's and Campbell's.
Comment Share
Share via:
DG

Posted Jan 05, 2021 at 05:40pm
My thoughts and prayers are with you during this time. Mrs. Wilma was a sweet , caring woman.
Comment Share
Share via:
M

Posted Jan 04, 2021 at 05:44pm
Wilma was a close friend of My Brother.He thought a lot of Her.Prayers and Blessings to the Family. Rest in Peace Wilma!!!
Comment Share
Share via:
KR

Posted Jan 04, 2021 at 04:47pm
Wilma and I first met at then Flexnit which is now Hanesbrands. We became close friends and remained friends down through the years. She possessed grace and intèrgity along with intelligence and a good sense of humor. I count it a privilege to call her my friend. I will greatly miss her. Prayer and condolences to Sonya and the family. 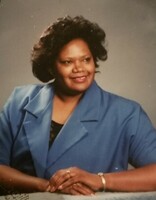 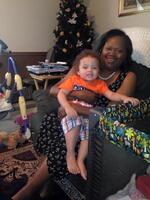