To share your memory on the wall of Robert Peet, sign in using one of the following options:

He attended Unity High School and was employed for eighteen years by the North Carolina Department of Transportation prior to his retirement. He was a hardworking man and was a good man to all. He loved his car, truck, motorcycle and mowing grass. But most of all he loved playing cards and loved his family.

Celebration of Life Services will be conducted Thursday, March 25, 2021, at 2:00 p.m. at Rutledge and Bigham Funeral Home, Statesville, NC. Minister Kay Gillespie will officiate and Pastor Harrison Gillespie will eulogize with burial to follow in the Belmont Cemetery.

Visit the Book of Memories for Mr. Peet at www.rutledgeandbigham.com. Rutledge and Bigham Funeral Home is serving the Peet Family.

To send flowers to the family or plant a tree in memory of Robert Franklin "Bell" Peet Sr., please visit our Heartfelt Sympathies Store.

Posted Mar 25, 2021 at 09:46am
We didn't spend as much time as we should have but the times we did, it was definitely memorable! With heartfelt condolences, you are in our hearts. 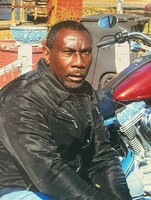